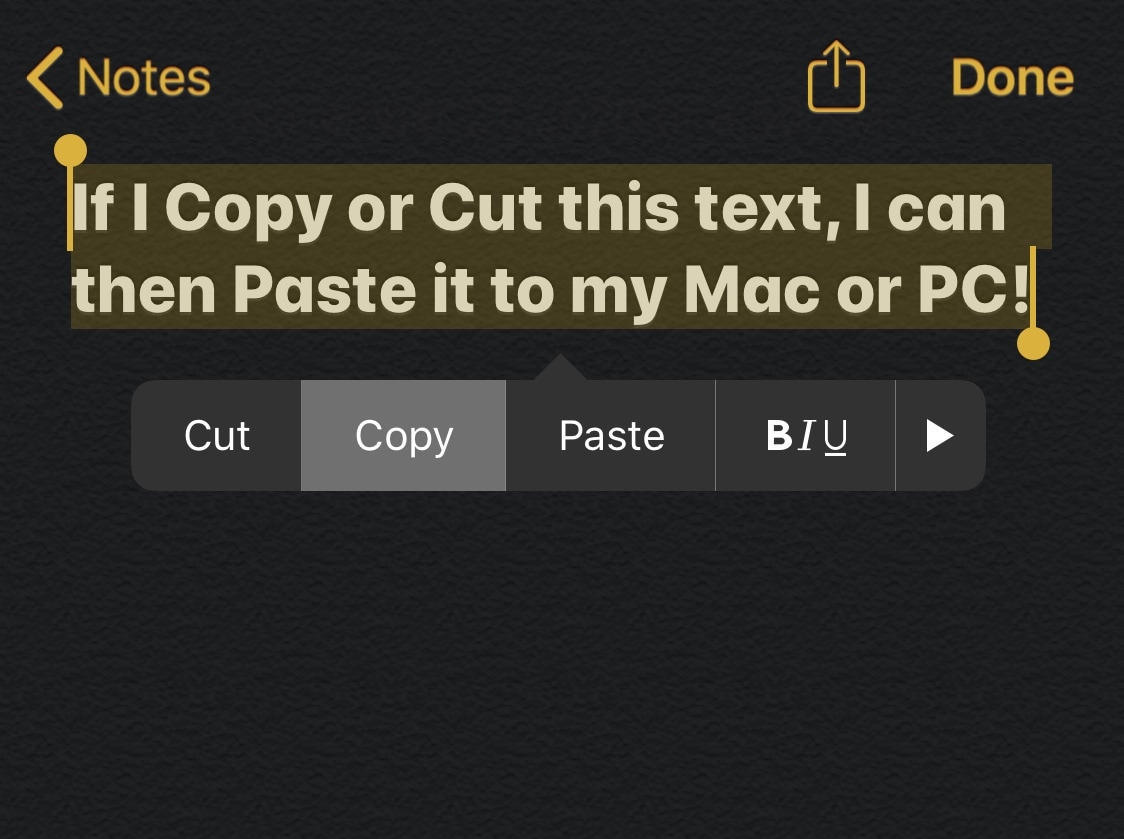 Anyone that does serious multitasking between devices, especially with regard to their iPhone or iPad and their personal computer, is certain to take a liking to a newly released jailbreak tweak dubbed Boardy by iOS developer Greg0109.

Boardy integrates the clipboard of your iPhone or iPad and personal computer, making it so that you can copy something on your mobile handset and paste it on your personal computer, or vice-versa. Perhaps more importantly, the tweak supports all the major desktop operating systems that you’re likely to be using, including Linux, macOS, and Windows.

Here’s a short video demonstration showcasing the tweak at work, graciously provided by the developer:

Using Boardy is as simple as installing a custom server on your personal computer (acquirable from the developer’s GitHub page) and then linking it to Boardy on your jailbroken iPhone or iPad via the dedicated preference pane that gets added to the Settings app post-installation: 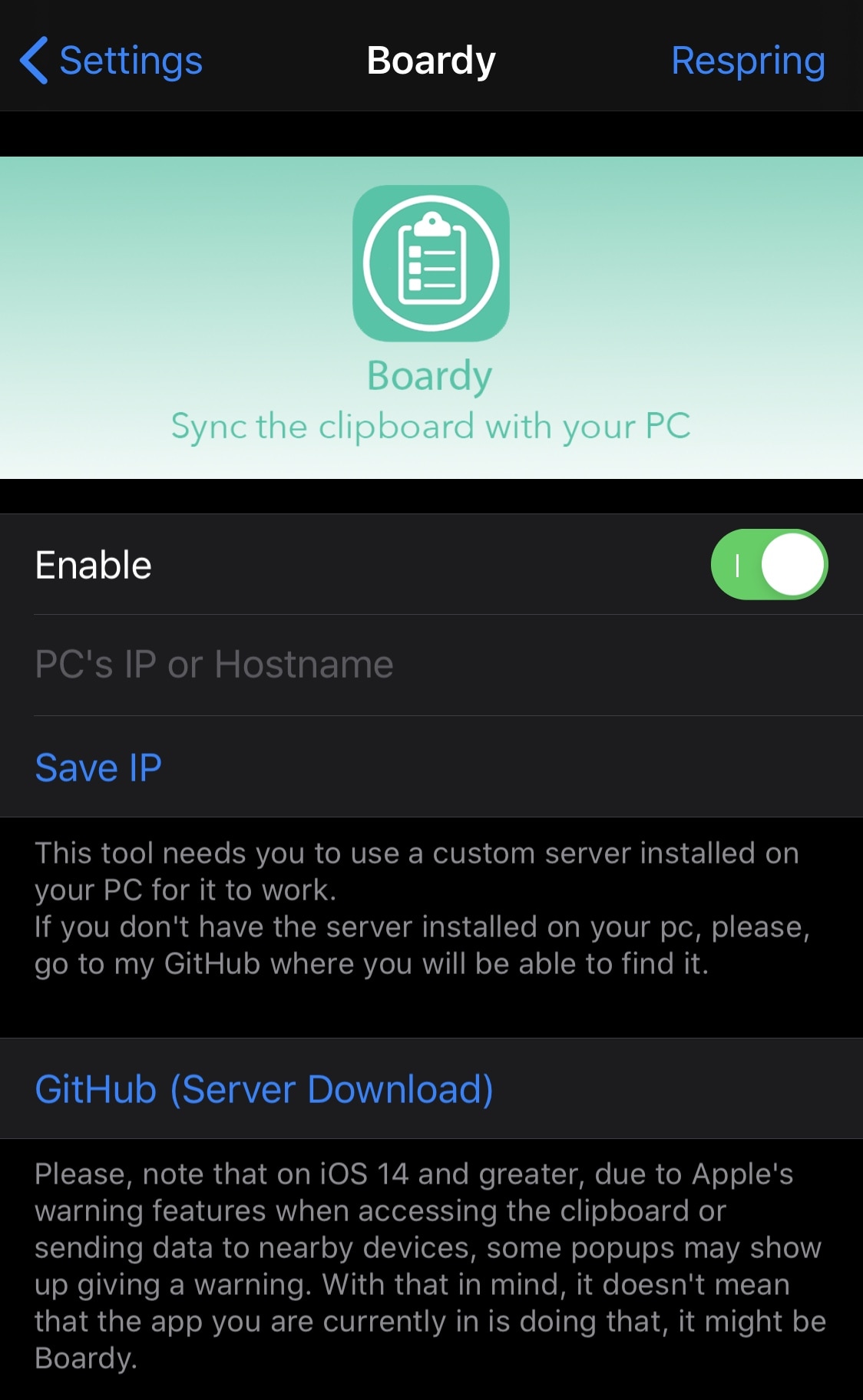 Here, you can toggle the tweak on or off on demand and enter the IP address of the computer that you’ll be installing the server software on. A Respring button is provided by the developer to save all the changes you make, but you’ll also want to tap on the Save IP button any time you change the server IP address.

Those interested in supercharging their inter-device clipboard user experience may purchase the new Boardy tweak for $1.99 from the Chariz repository via their favorite package manager. The tweak supports jailbroken iOS 13 and 14 devices and should be compatible with macOS High Sierra and Big Sur, Windows 10, and Ubuntu 19.10 and later.

Do you plan to synergize the clipboard between your pwned mobile device(s) and your personal computer with Boardy? Let us know why or why not in the comments section down below.