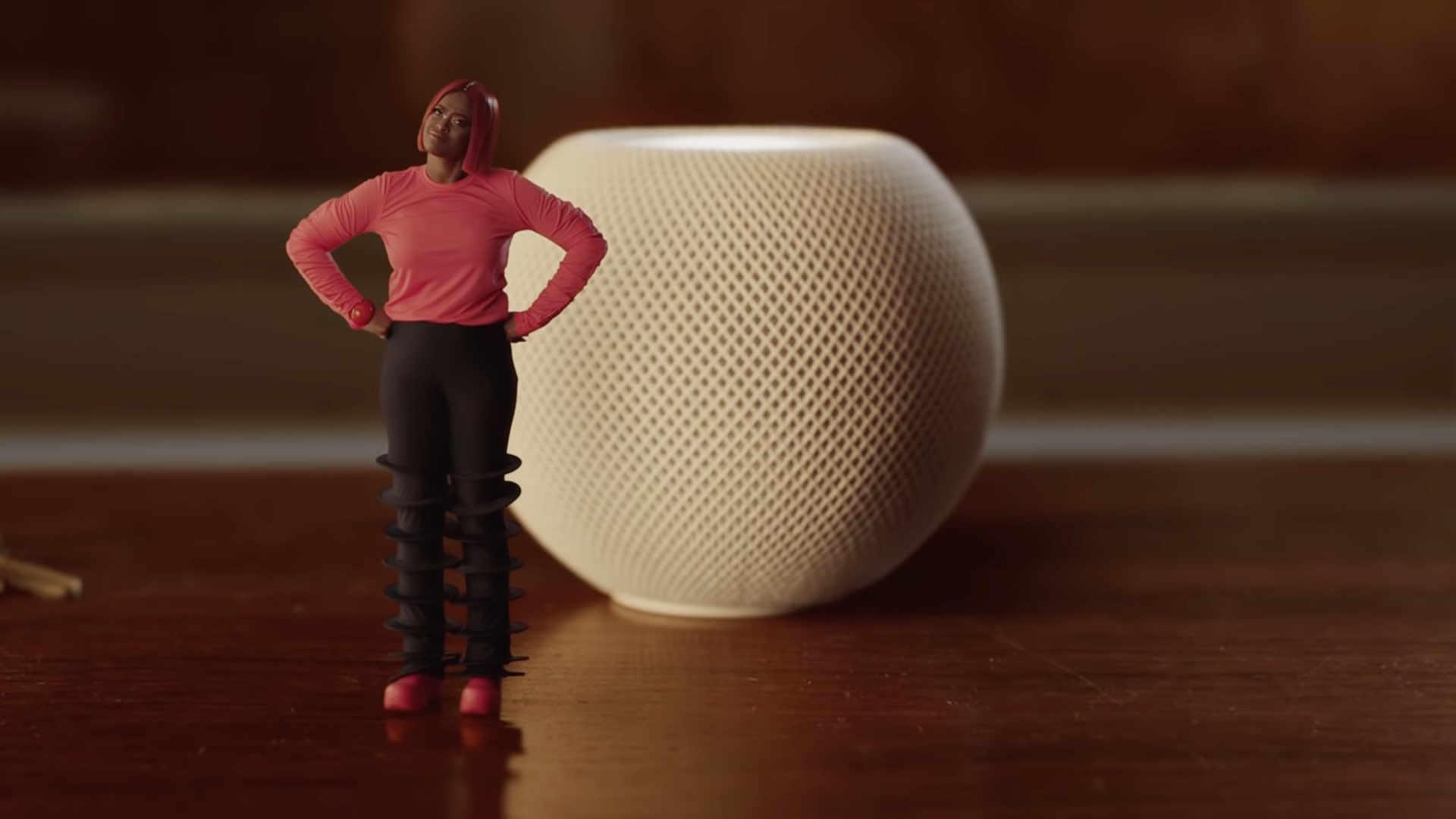 Ahead of Black Friday which will mark the beginning of the lucrative holiday season, Apple has now shared its holiday-themed video advertisement through its official YouTube channel.

Dubbed “The magic of mini” and running two minutes and twenty seconds long, the advertisement features the rapper Tierra Whack and the HomePod mini, Apple’s new $99 Siri-powered wireless speaker. The full-sized $299 HomePod and AirPods Pro can also be seen in the ad. “Turn up the holidays with HomePod mini,” reads the video’s description. “A little joy never sounded so big.”

And here it is.

For those wondering, the video features two songs:

AdWeek has more on the ad:

Apple and agency TBWA/Media Arts Lab are back with an ad that continues the earlier spot’s theme of how music can boost your mood. This time we don’t get the level of mind-bending visual effects seen in ‘Welcome Home,’ but we do get an uplifting platform for another rising star: American rapper and songwriter Tierra Whack.

A little over 2 minutes long, ‘The Magic of Mini’ shows Whack returning to her apartment in a dreary state, her scarf dragging along the cold gray sidewalk (a painful visual for any city dweller). But soon her HomePod Mini adds a colorful, miniature version of herself to the equation, and her mood quickly improves.

The Cupertino company tends to make some memorable holiday-themed ads and this is one of the better ones they’ve produced, wouldn’t you agree?