Now that iOS devices and M1 Macs are powered by the same CPU architecture, it is now possible to run almost any iPhone or iPad app on your Apple Silicon Mac. What you cannot do, however, is install iOS apps that are unavailable on the Mac App Store onto M1 computers.

Why use iOS apps on M1 Macs?

Your iOS apps can now run directly on the Mac devices powered by the company’s new M1 chip, something no Macs have done before. Simply launch the Mac App Store on your M1 Mac, hit the search bar in the top-left corner and search for an app. Results will default to Mac apps, but you can click the “iPhone and iPad apps” filter to see results in that category.

Not all iOS apps feel at home on Apple Silicon Macs, but Apple has provided this feature as a convenience to those who would like to run iOS apps that haven’t been ported to the Mac, like Dark Sky. And if you dislike Electron apps that feel out of place, like Slack, their iOS counterparts may actually run better on your M1 Mac.

On top of that, you can even run native iOS apps that are unavailable on macOS, like Netflix, Instagram and Gmail, for example. As long as a developer has flagged their iOS app to also appear in the Mac App Store, and you have previously purchased the app on your iPhone and iPad, you can re-download it to your M1-powered Mac at no additional charge.

But what about iOS apps that are unavailable on the Mac App Store?

As it turns out, macOS Big Sur runs iOS apps on M1-powered Macs from the same IPA (iOS App Store Package) file that your iPhone or iPad downloads from the App Store. An .ipa file is an archive that stores an app’s binary along with other assets (you can see what’s inside an .ipa file by changing the extension to .zip and unzipping).

→ How to convert HEIF images to JPEGs with iMazing

IPA files used to be stored in an unencrypted iTunes backup back in the day when you were syncing your iOS devices with iTunes, but that’s no longer the case. Thankfully, you can use the awesome iMazing app to directly download any previously-purchased iOS apps.

A statement from iMazing

According to iMazing’s parent company DigiDNA CEO, Gregorio Zanon, this isn’t something they put together to deliberately hack Apple’s system. It’s a legitimate feature of iMazing, which packs dozens of other features that power iOS backup and management workflows. 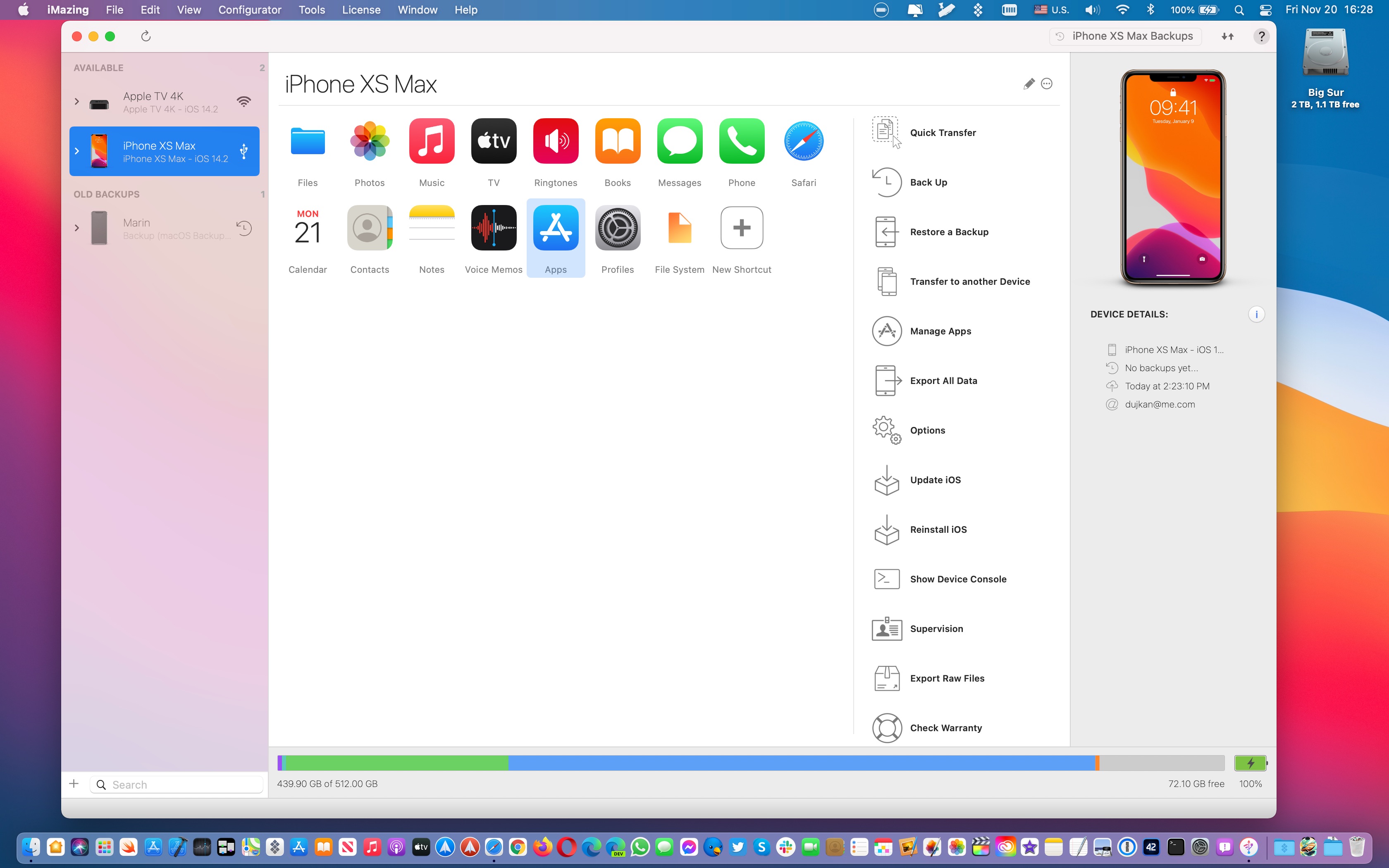 iMazing lets you download an iOS app’s .ipa file to your Mac

Here’s what an iMazing representative told The Verge about the matter:

App management has been available in iMazing since November 2017. We did not do any particular adjustments to ensure that iOS apps exported from iMazing’s library would run on Apple Silicon Macs. It turns out that when developers choose whether or not to include their mobile app on the Mac App Store, no change is made to the app itself – the setting is purely a distribution toggle.

Hundreds of thousands of iMazing users depend on our app management to save bandwidth. Downloading an IPA just once and installing it multiple times saves time and energy, and is ecologically sound. We understand that developers wish to control which platforms their apps run on. We’re also hopeful that Apple can find a way to limit which OS can run a specific IPA without altogether removing our ability to download apps.

Follow along with our quick tutorial embedded further ahead showing you how to run iOS apps that are not available on the Mac App Store on your Apple Silicon M1 Mac.

How to run any iOS app on an M1 Mac

if you have a (legitimate) .ipa file from iTunes, iMazing backup, etc.. you previously purchased IPA files to your Mac. Simply double click them and they install into your applications folder like any other app so long as your Mac and iPhone are on the same Apple ID.

You can now open the just-downloaded .ipa file to install and run it on your M1-powered Mac. 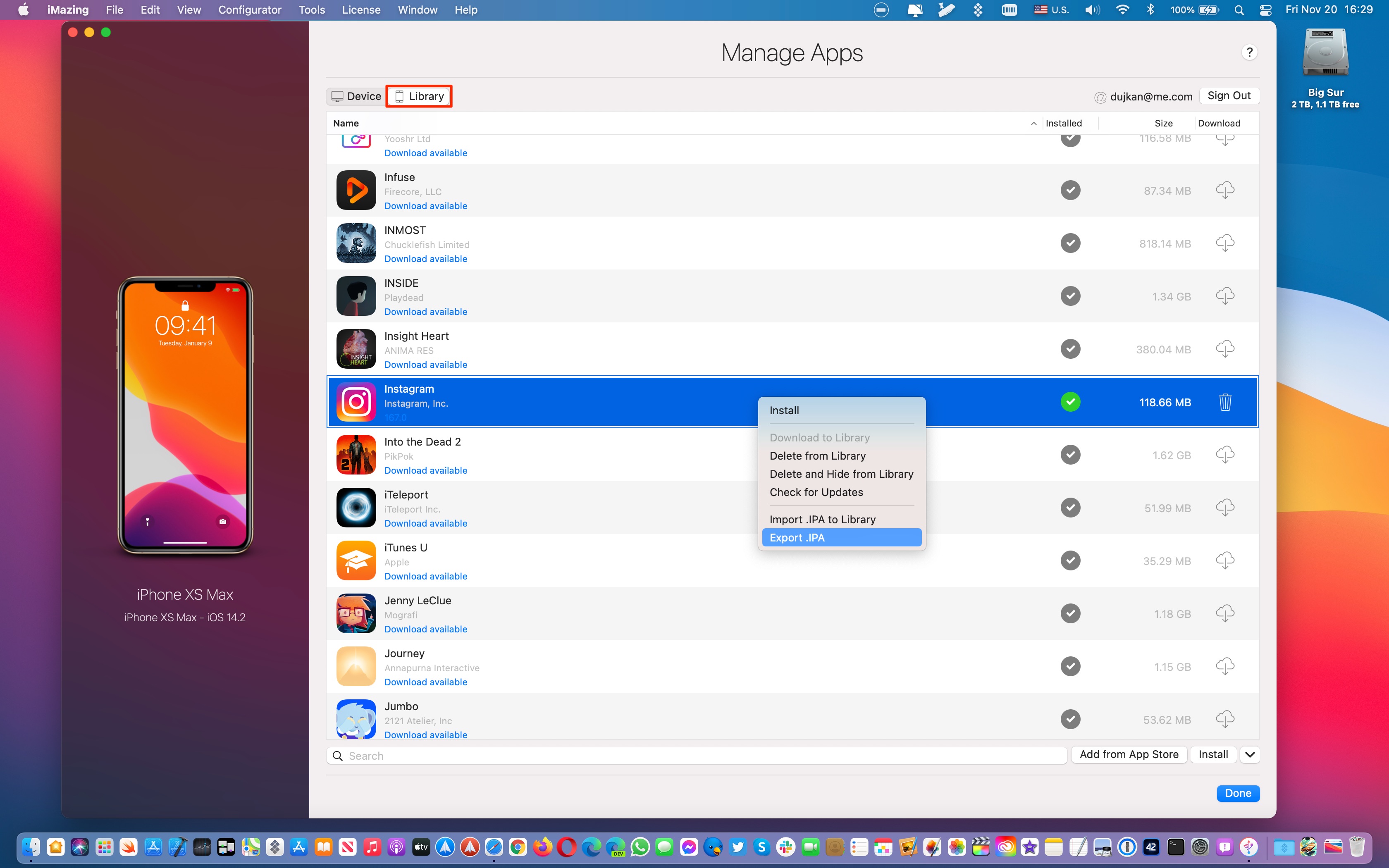 Exporting Instagram for iPhone’s .ipa file to my Mac with iMazing

Running touch-optimized apps in an environment that hasn’t been optimized for touch input may result in various hiccups along the way. Many of these touch-based apps require Apple’s “Touch Alternatives” system to work on your Mac properly when using a mouse and keyboard. 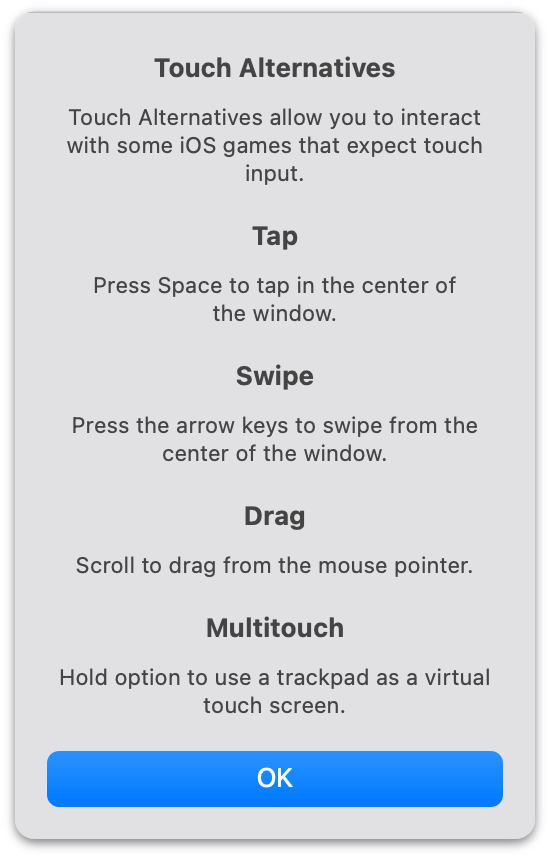 And that’s all there’s to it!

Hat tip goes to redditor “probablyamy,” who is the first to discover this method