You don’t need a dedicated AV receiver to create an immersive theater experience with Dolby Atmos, Dolby Digital 7.1 or Dolby Digital 5.1 surround sound right in your home. All you need is an Apple TV 4K, a HomePod or two and our quick tutorial. So follow along as we show you how to create home theater audio with your HomePod and Apple TV 4K.

Dolby Atmos processing used to require a dedicated AV receiver, but did you know the Apple TV 4K is powerful enough to decode Dolby Atmos sound? If you have a HomePod wireless speaker or stereo pair, you can connect the Siri speaker to your Apple media streamer and enjoy an immersive audio experience in your home without buying expensive AV equipment.

→ How to use Apple Music for your alarm sound on HomePod

And if you add a second HomePod to create stereo pair, you’ll enjoy an even more immersive soundstage with true stereo sound. Unfortunately, HomePod mini does not support home theater surround sound. If you own a HomePod mini, you can stream audio from your Apple TV to the speaker using AirPlay, but doing so won’t enable virtual surround sound.

Before we get to the tutorial, make sure you have the following: 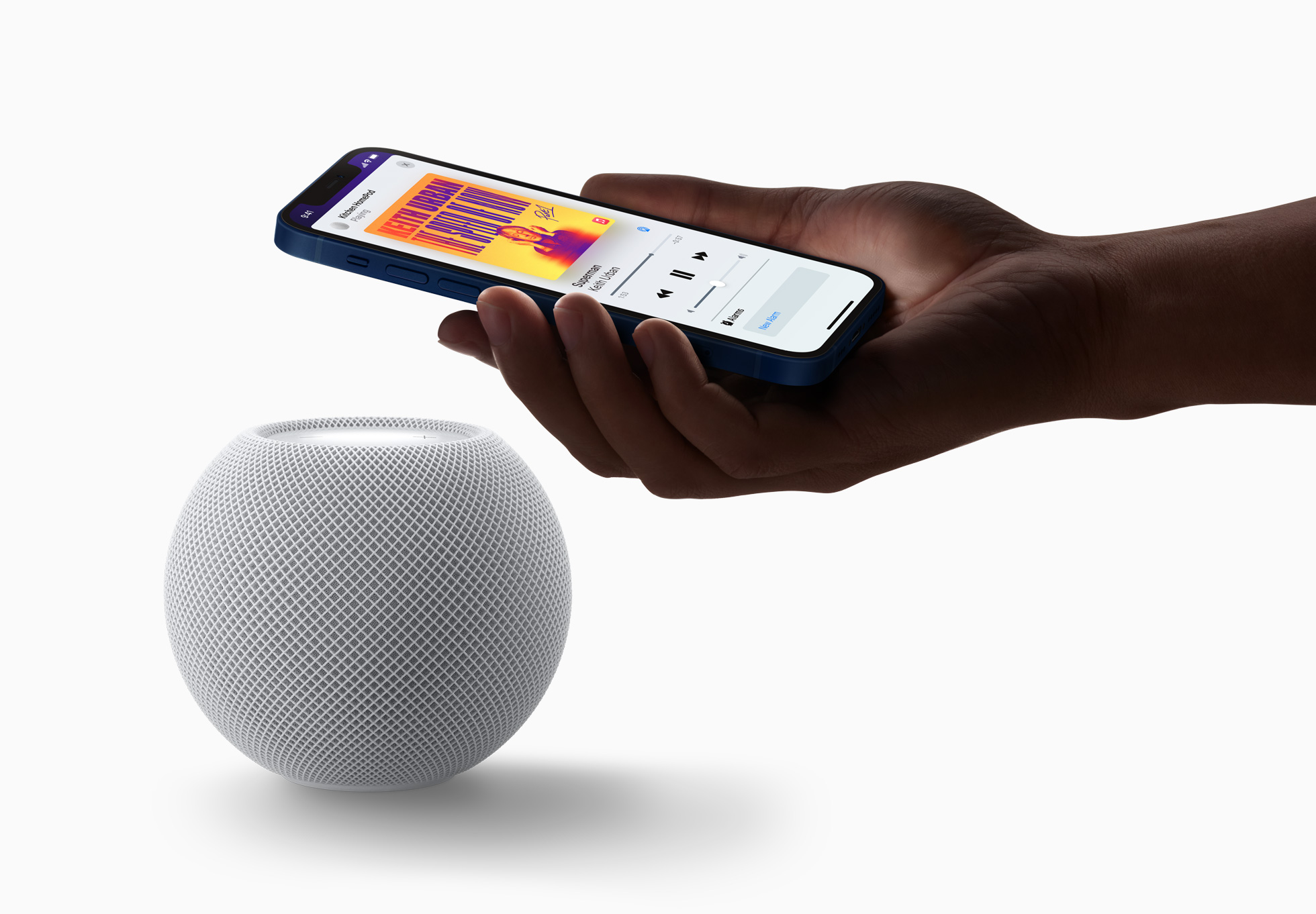 Apple explains that aside from its own HomePod wireless speaker lineup, the home theater audio feature doesn’t support other AirPlay 2-compatible speakers.

How to create home theater audio with Apple TV and HomePod

If both your Apple TV 4K and your HomePod speaker or stereo pair are in the same room in the Home app and connected to the same Wi-Fi network, simply turn on the Apple TV and you should see a splash screen asking whether you’d like to Use HomePod as your TV speaker.

→ How to transfer music, podcasts and calls between iPhone and HomePod

Select the option “Use as TV Speakers” to turn on home theater audio. You can also change this later in Settings on your Apple TV and iOS device. 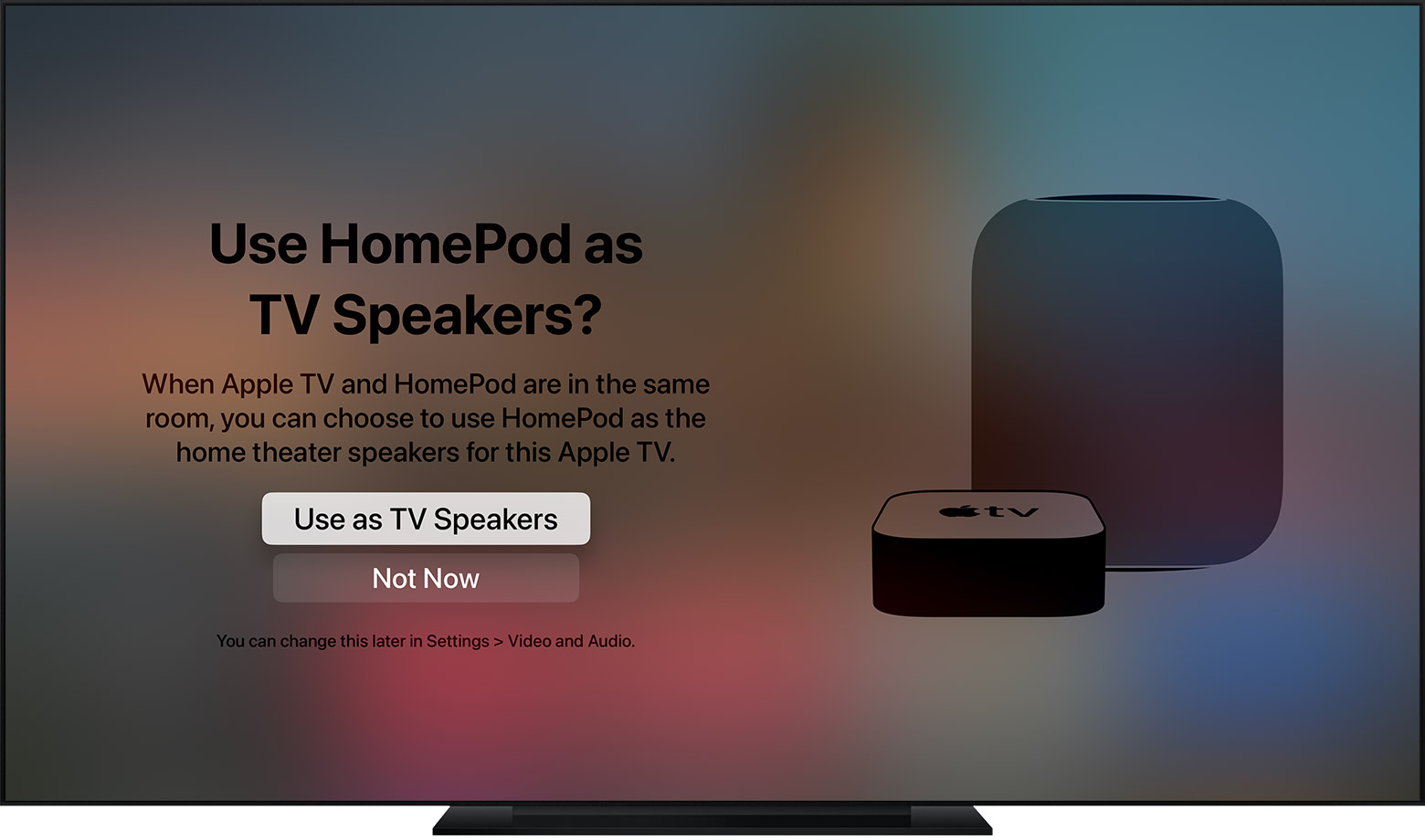 Conversely, choosing the option “Not Now” will abort the setup process.

To set up home theater audio manually, you’ll need to mark your HomePod wireless speaker as the default audio output device for your Apple TV 4K through your iOS device.

Some of our team members couldn’t find the option to select default audio output for their HomePod via the Home app. If you’re in the same boat, you’re recommended to try setting this up manually on the Apple TV itself as described in the following section.

You can also create home theater audio manually by setting your HomePod as the default audio output device for your Apple TV 4K in the Settings app on the Apple TV itself.

For some people, this method may not yield the desired results.

For instance, you may be able to change the audio output to your HomePod on the Apple TV, but it might not save it as the default option. Should that happen to you, try setting up home theater audio through your iOS device as described in the previous section.