As many iPhone owners already know, the iOS operating system provides users with a feature called Auto Lock that, when configured by the end user, can automatically lock the handset after a pre-defined amount of idle time. In other words, when your handset isn’t being actively used, it goes to sleep to save power and to secure your important data.

Auto Lock takes effect in most circumstances, however there are a few exemptions in which the feature gets overridden, such as during media (video) playback and while playing certain games. Some users like this because of its convenience, while others find it to be a concern both in terms of battery life and data security.

If you find the Auto Lock override by certain apps to be more of a nuisance than a convenience and you have a jailbroken handset at your disposal, then we have no doubt that you’ll take a liking to a free jailbreak tweak release called AutoLockX by iOS developer Julio Verne. 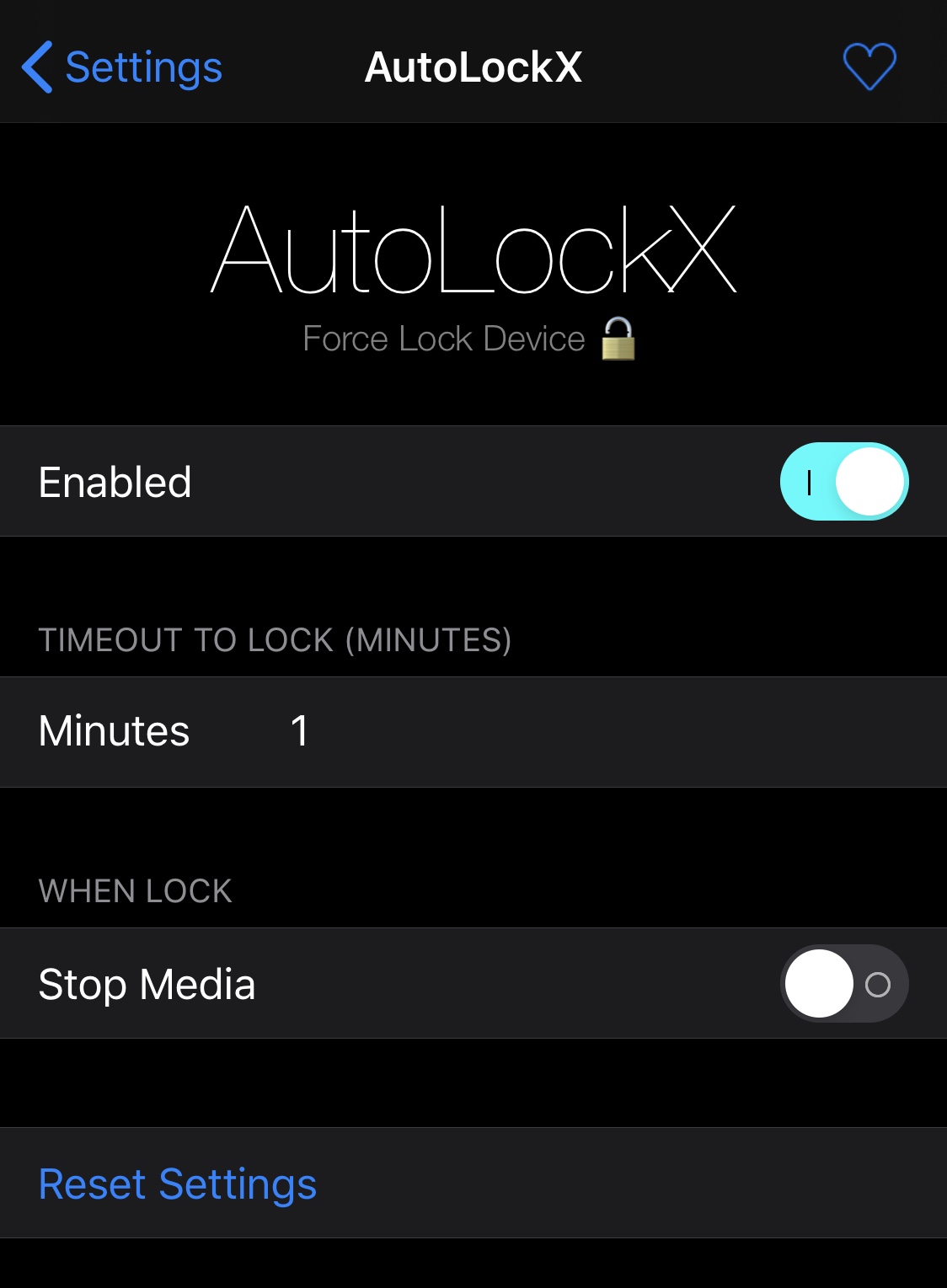 Once installed, the tweak adds a dedicated preference pane to the Settings app where users can toggle the tweak on or off on demand, configure an automatic lock timer, and choose whether Now Playing media gets stopped or not when the automatic lock transpires.

We recommend the above setup because the tweak overrides the Auto Lock-blocking design features of media consumption and game-centric apps. In most cases, you’ll spend more than just a minute using these apps while idle. In effect, you want the tweak to automatically lock your device when you leave it sitting for too long in an app that would override the native Auto Lock, but you don’t want the tweak to interrupt your viewing or gaming experience too often.

With AutoLockX installed, you can effectively ensure that your personal data becomes secured when you walk away from your handset while a video is playing or a game is playing. With that in mind, you won’t have to worry about someone picking up your handset when you aren’t around and then having Carte Blanche access to your information.

Another thing AutoLockX could be used for is entering a custom timer (in minutes) that isn’t natively supported by Apple’s own Auto Lock feature. With this, you could set an oddball timer for locking your device while simply disabling Apple’s native Auto Lock and you would still get all the benefits of Auto Lock, but with a timer that suits your individual needs.

Whether or not you’ll find AutoLockX useful comes down to how you use your device. It’s intended for those who use apps that regularly override the native Auto Lock feature, and not necessarily for those who appreciate the app’s override capabilities. With that in mind, we’re fairly certain that there will be a number of polarizing opinions on using this tweak.

Those interested in trying AutoLockX can download it for free from Julio Verne’s personal repository via their favorite package manager. The tweak supports jailbroken iOS 13 devices.

If you’re not already using Julio Verne’s personal repository, then you can add it to your package manager of choice with the following URL:

Do you have any plans to take advantage of AutoLockX, or do you like Apple’s native Auto Lock just the way it comes? Let us know down in the comments section below.